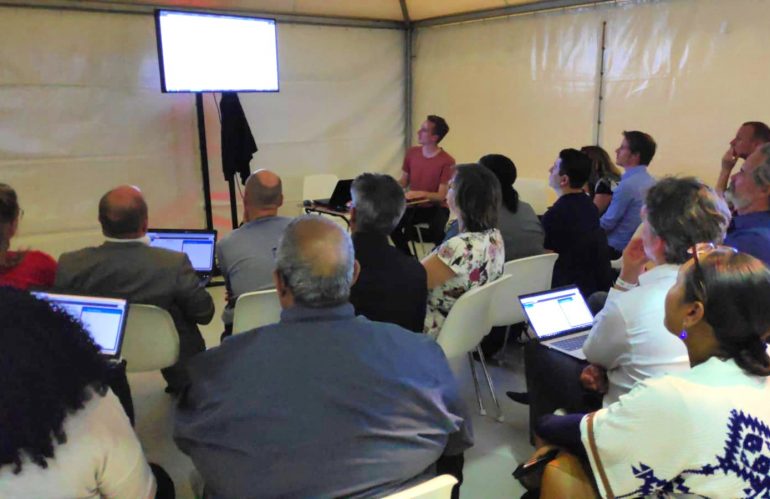 When the 2 workshop sessions ‘build your own app’ within the municipality of Amsterdam opened up for registration, it was fully booked within 2 days. 50 civil servants got out of the session with their own app. An incredible result, since we don’t have a friendly drag & drop editor yet.

Would you like to host a workshop in your organisation too? We’re happy to help!

This app allows civil servants to report trash or other issues in the public domain before civilians will notice. It started with the reporting feature in 1.0. The internal communication for handling the reported issues by city teams was added in version 2.0. We got away from our keyboards and field tested the app. Read more.

Try out the app yourself: https://appsemble.app/waarneming-demo

Appsemble isn’t just built for filling in digital forms and markers on maps. You’re also able to dance with it. Music, video capturing and playback, it’s all in there.
This app is built for the Fontys Academy of Dance Education. The app will debut during the National Dance Festival in October.

While it re-uses several existing building blocks, it also stretches our visual theming abilities and provides new functionality that may also be used in your next app, like screens to explain your app on first start.

Take a look in our kitchen

As in any modern restaurant, you can see what’s cooking in the kitchen.
Here’s a changelog summary of what has been cooking in the code department last month.
You can look at code that’s almost ready to be released and you can look at what’s planned to work on in the next 2 weeks. 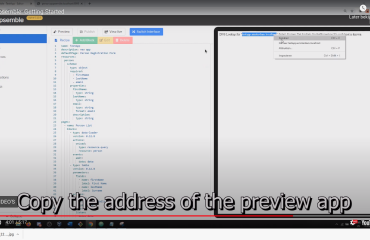